E&S met at S’s cousin wedding in BC. E showed up wearing a suit that had Christmas print on it and his humour won S over immediately.

S’d brother decided to travel to Whistler for his birthday celebration 3 months later and this gave her the perfect opportunity to spend more time with E. Two days later while having a few beverages E wanted to spend more time together but the next time their schedules lined up, S had a trip booked to travel to Oklahoma. He immediately said: “I’ve never been to Oklahoma before, this will be fun!” The next morning S reminded E that she couldn’t believe he purchased a flight to spend more time with her. E blankly stared at her and said “what are you talking about?”. S said the look on E’s face was priceless when he saw his flight purchase that he couldn’t remember.

Three years later E&S planned a trip to spend new years in Revelstoke. The trip perfectly lined up with a friend E met in Thailand who is a professional photographer. They spent three days skiing on the mountain getting lots of photographs taken of them. S thought nothing of it, but as they were hiking up to the peak the sun pulled out of the clouds and created a perfect inversion. S said it was surreal, they were in wonderland surrounded by a sea of clouds. It was here that E dropped down to his knee and stumbled with his words asking her to spend the rest of her life with him.

E&S planned the perfect Pemberton wedding at the Riverlands Red Barn & Esquestrian Centre. Despite many changes due to the pandemic, a heat wave, wildfires and flood evacuations, their wedding day went off without a hitch with epic Mount Currie in the background. Their ceremony took place at the Red Barn, with photos to follow at the Equestrian Centre where we got to work with a beautiful horse named Rolo. Their reception followed at the barn amongst their 50 closest family and friends, serenaded by a wonderful live band.

Thanks for having me E&S! You made my first trip to Pembie a blast!

Here’s a peek at their day! 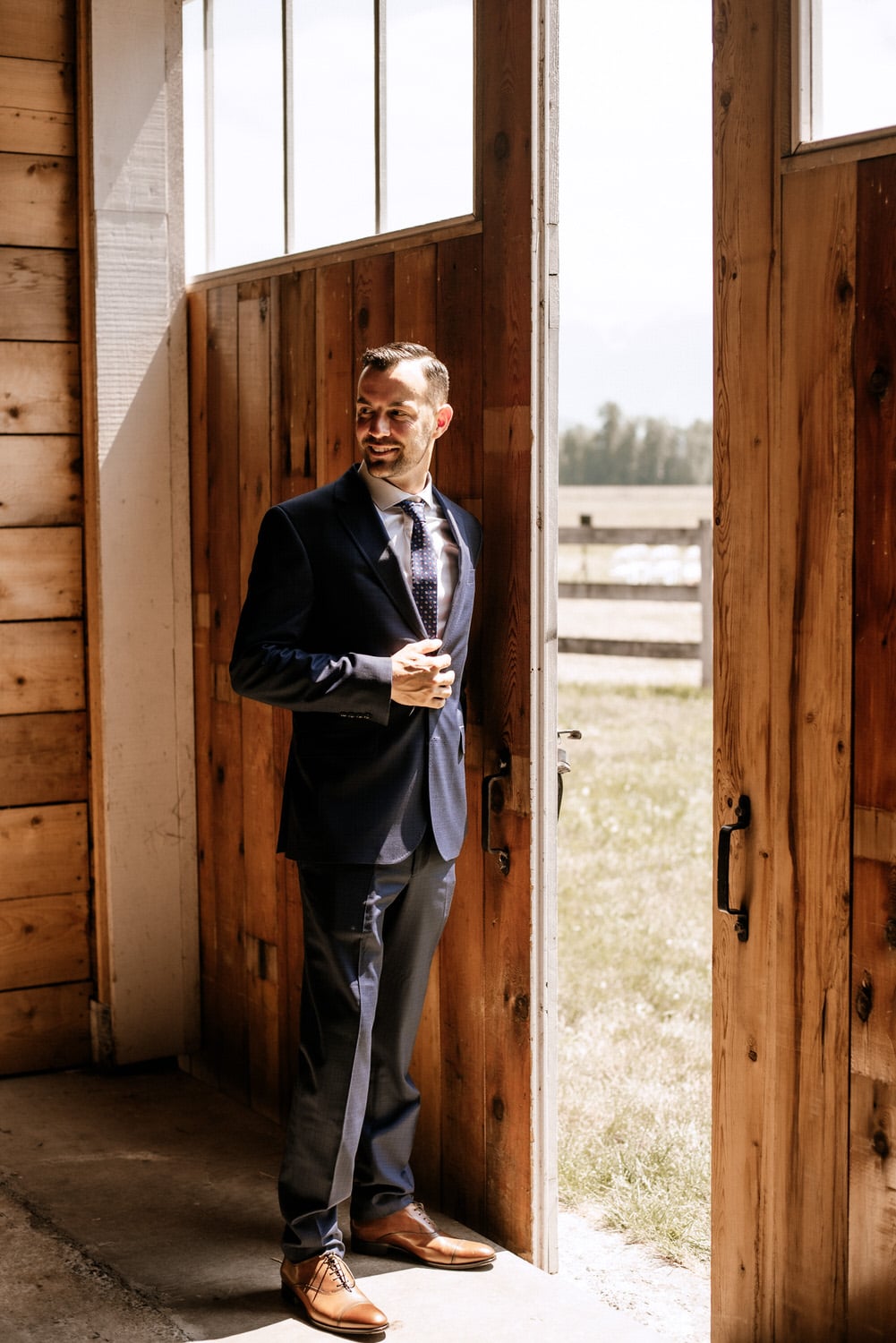 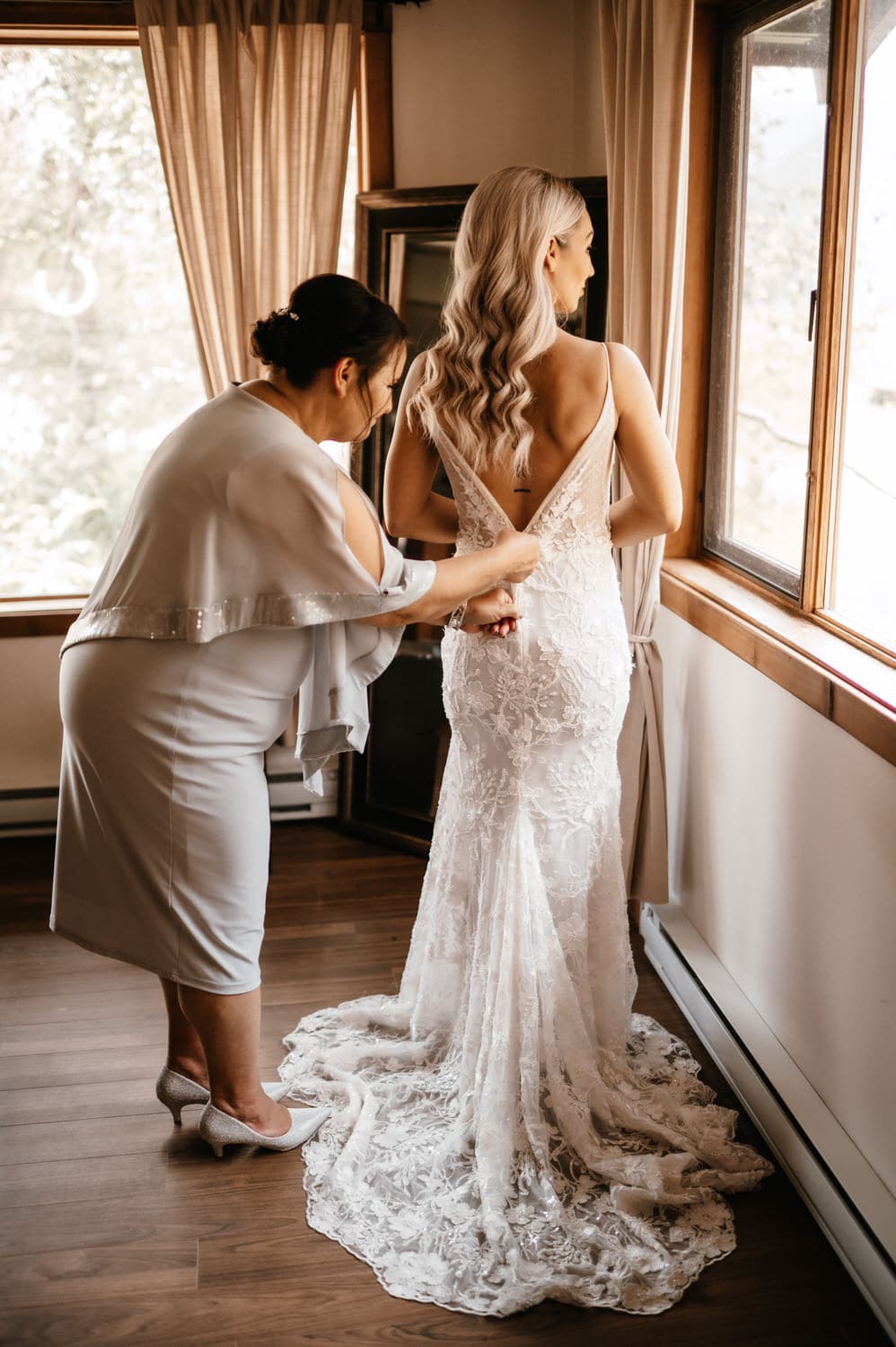 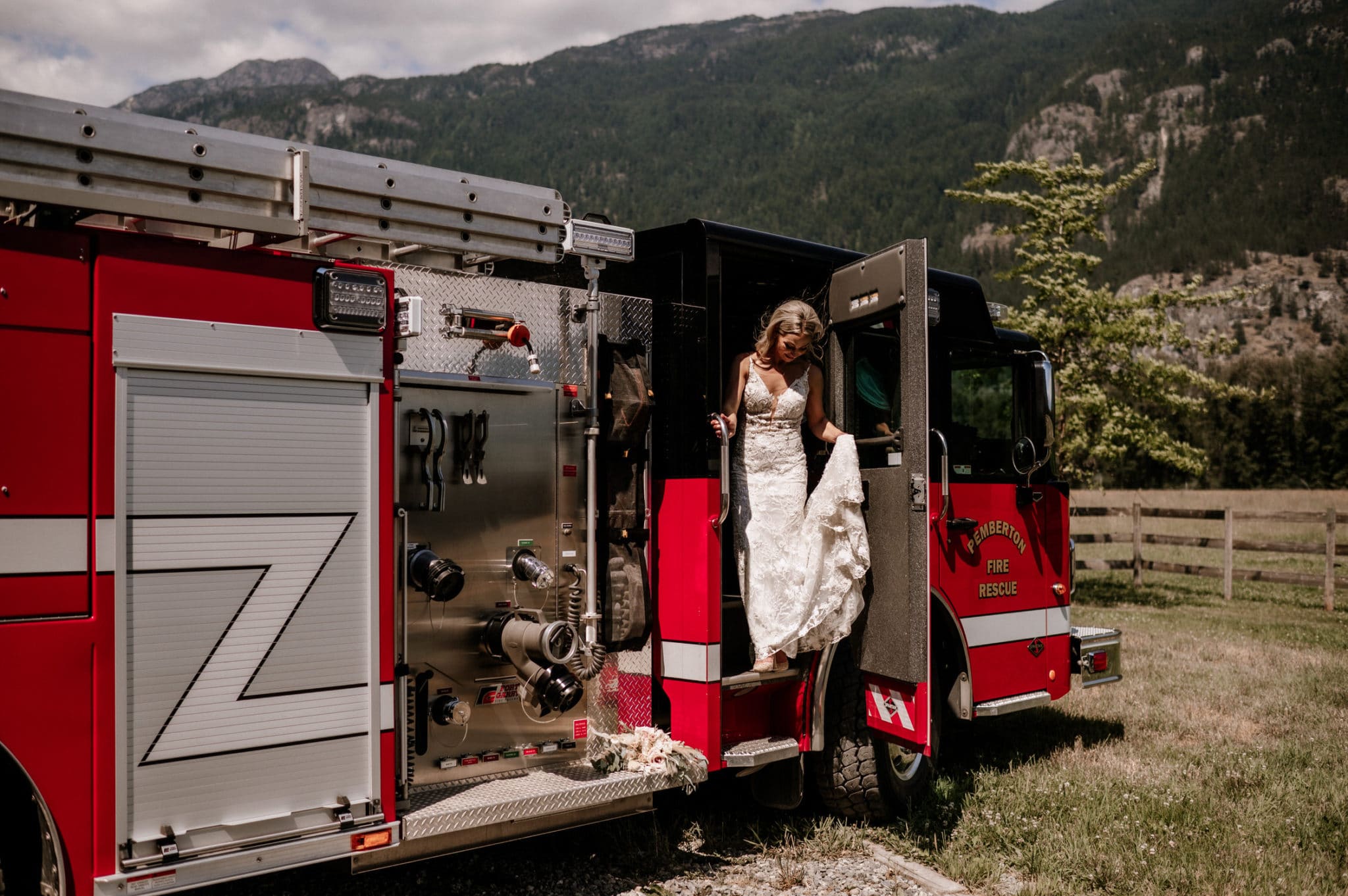 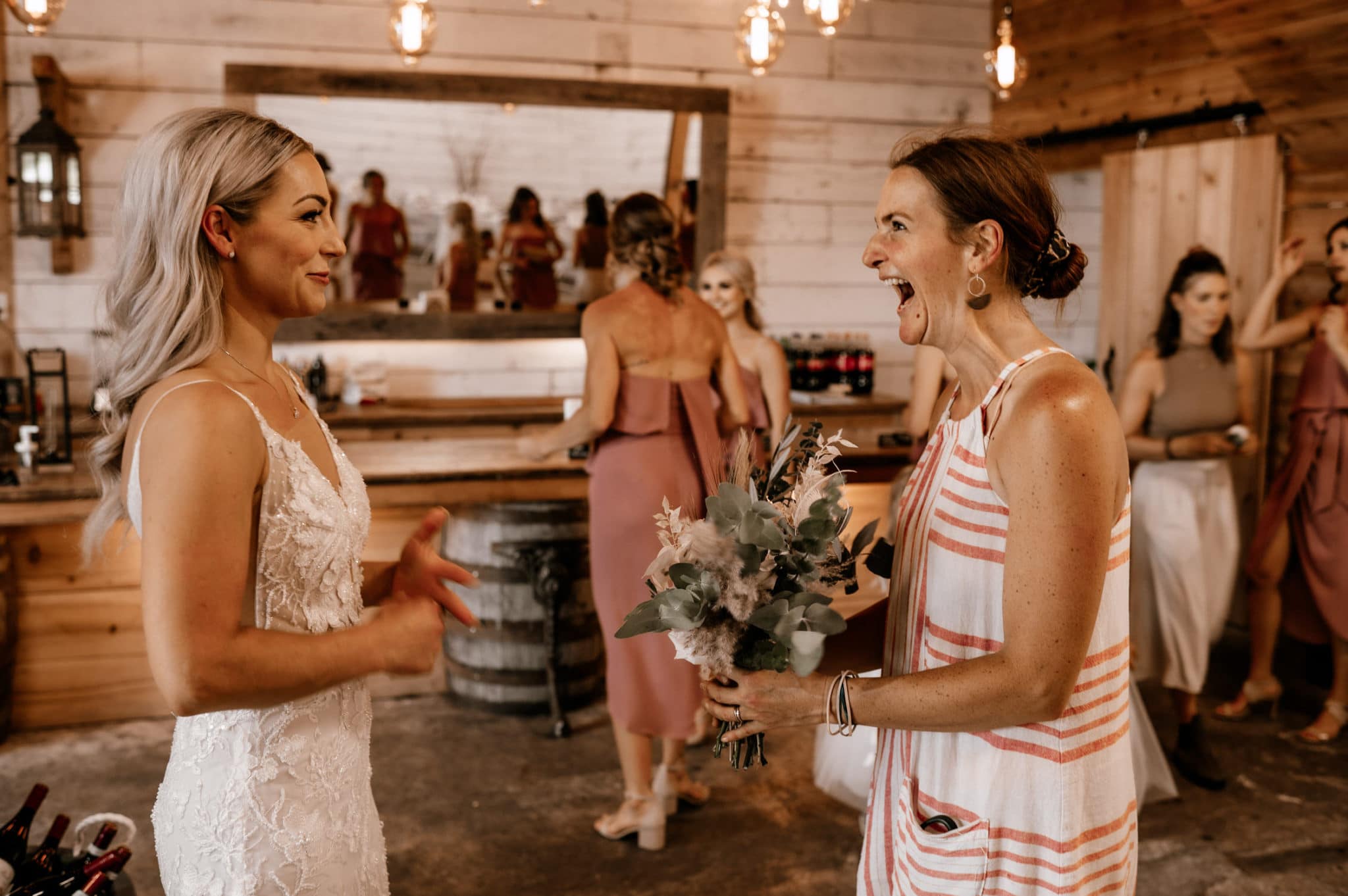 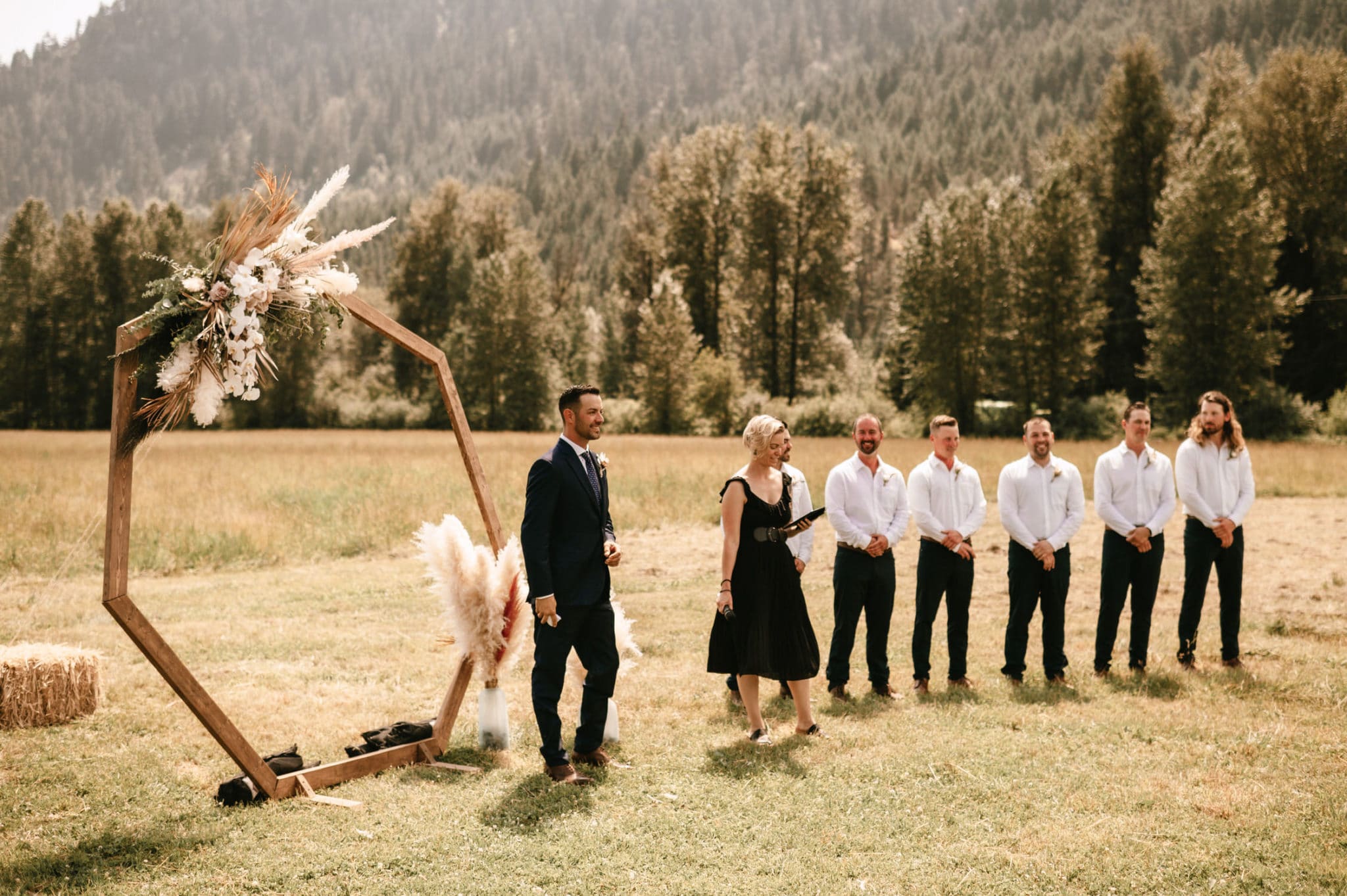 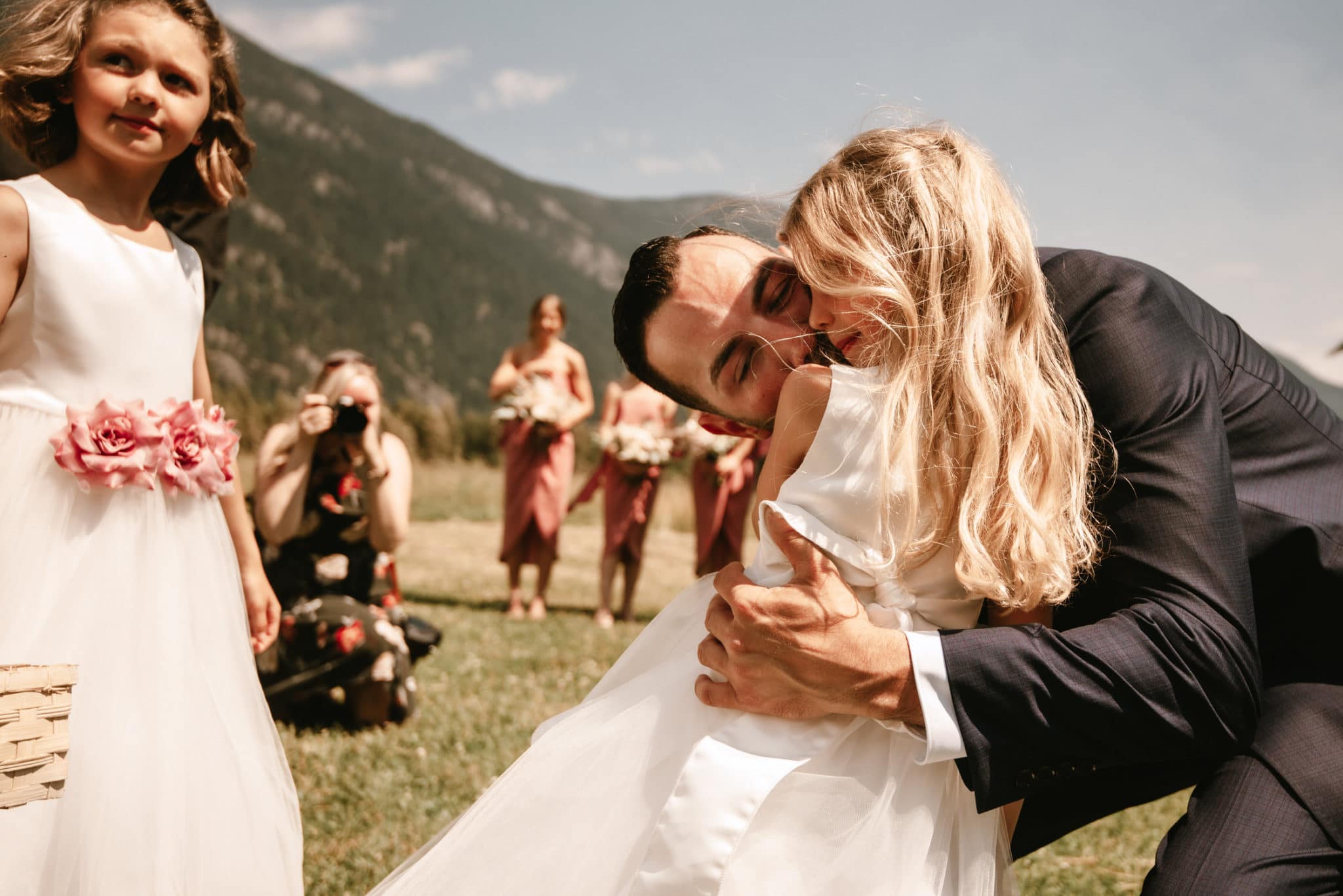 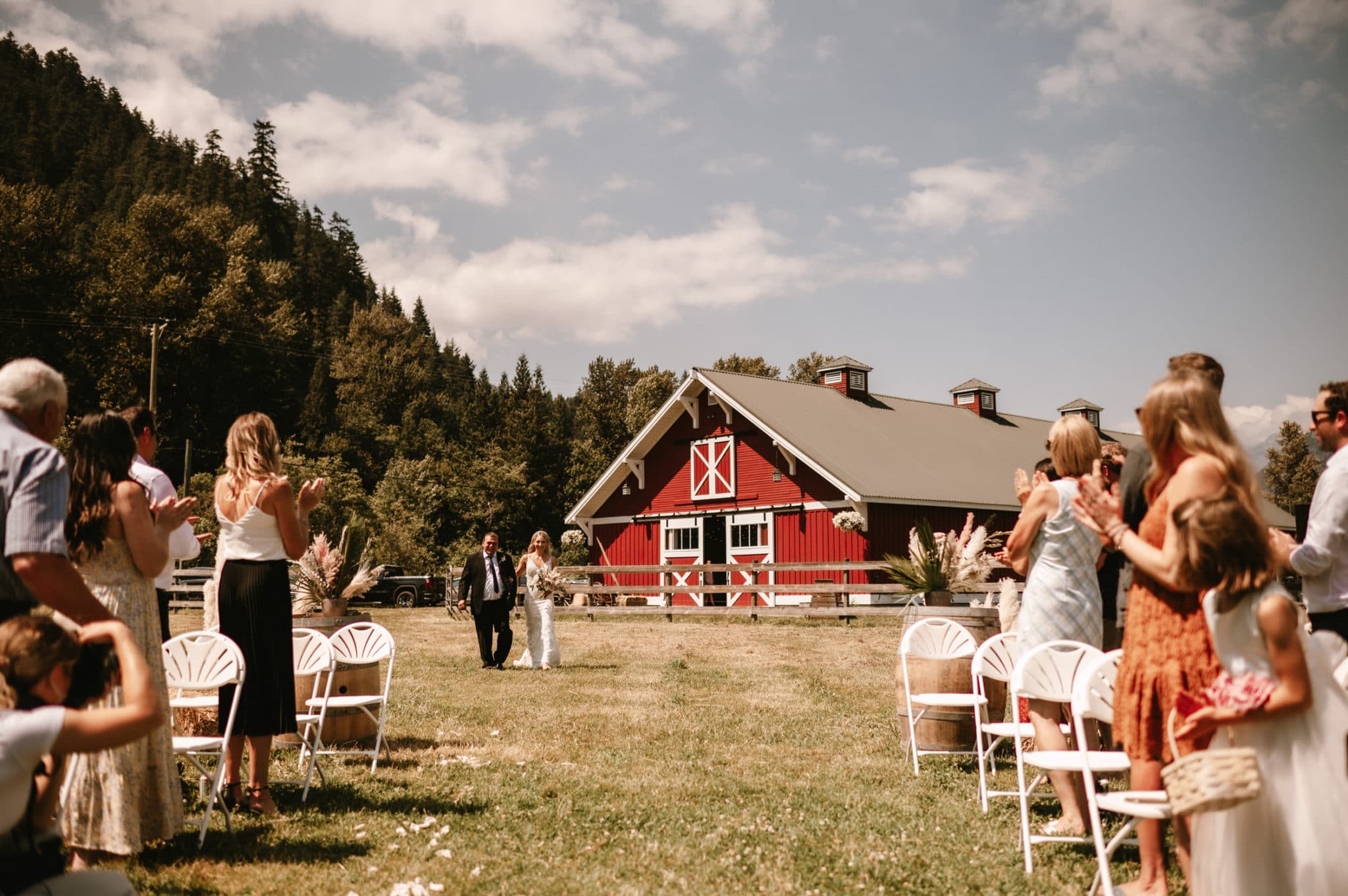 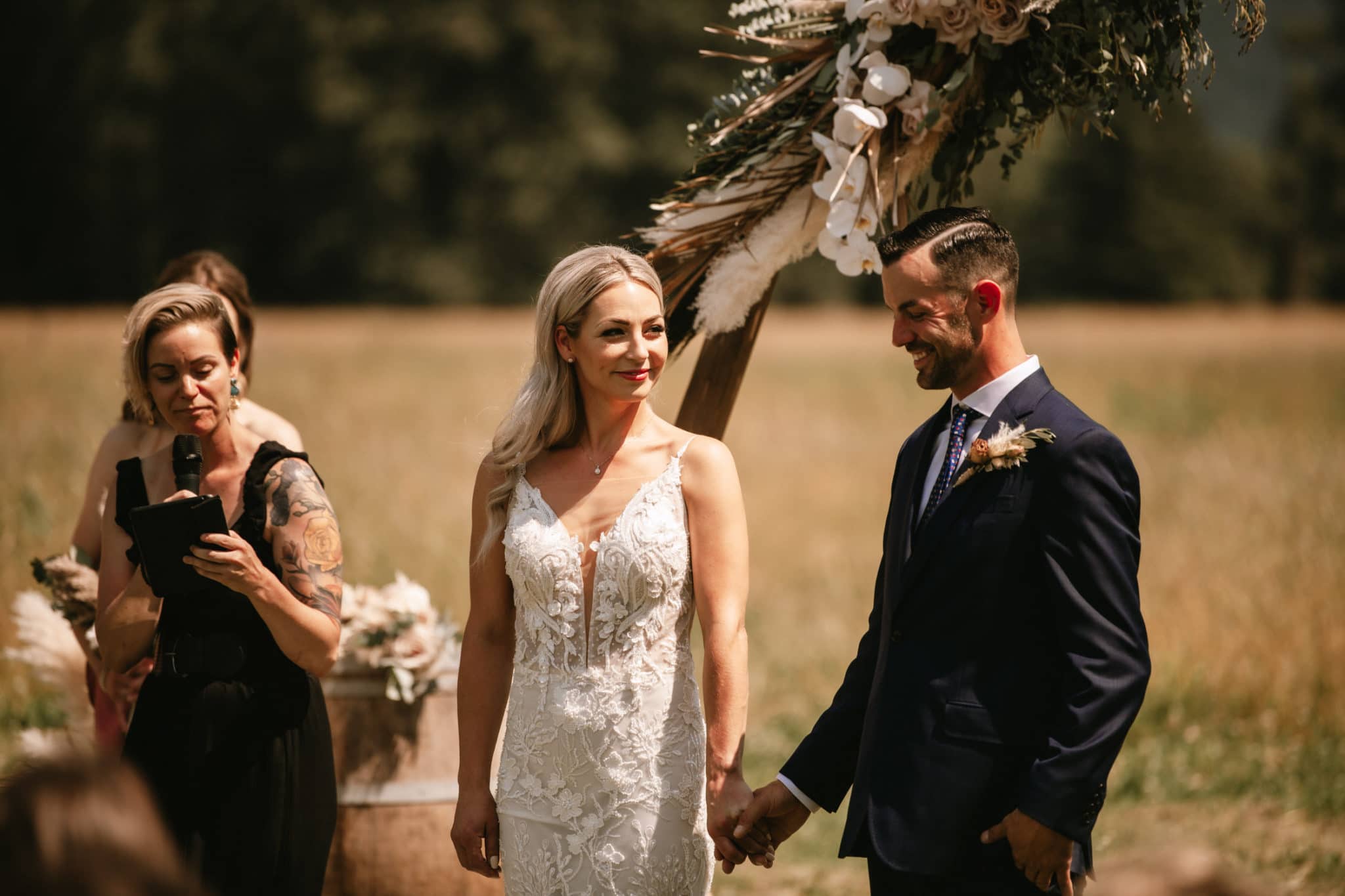 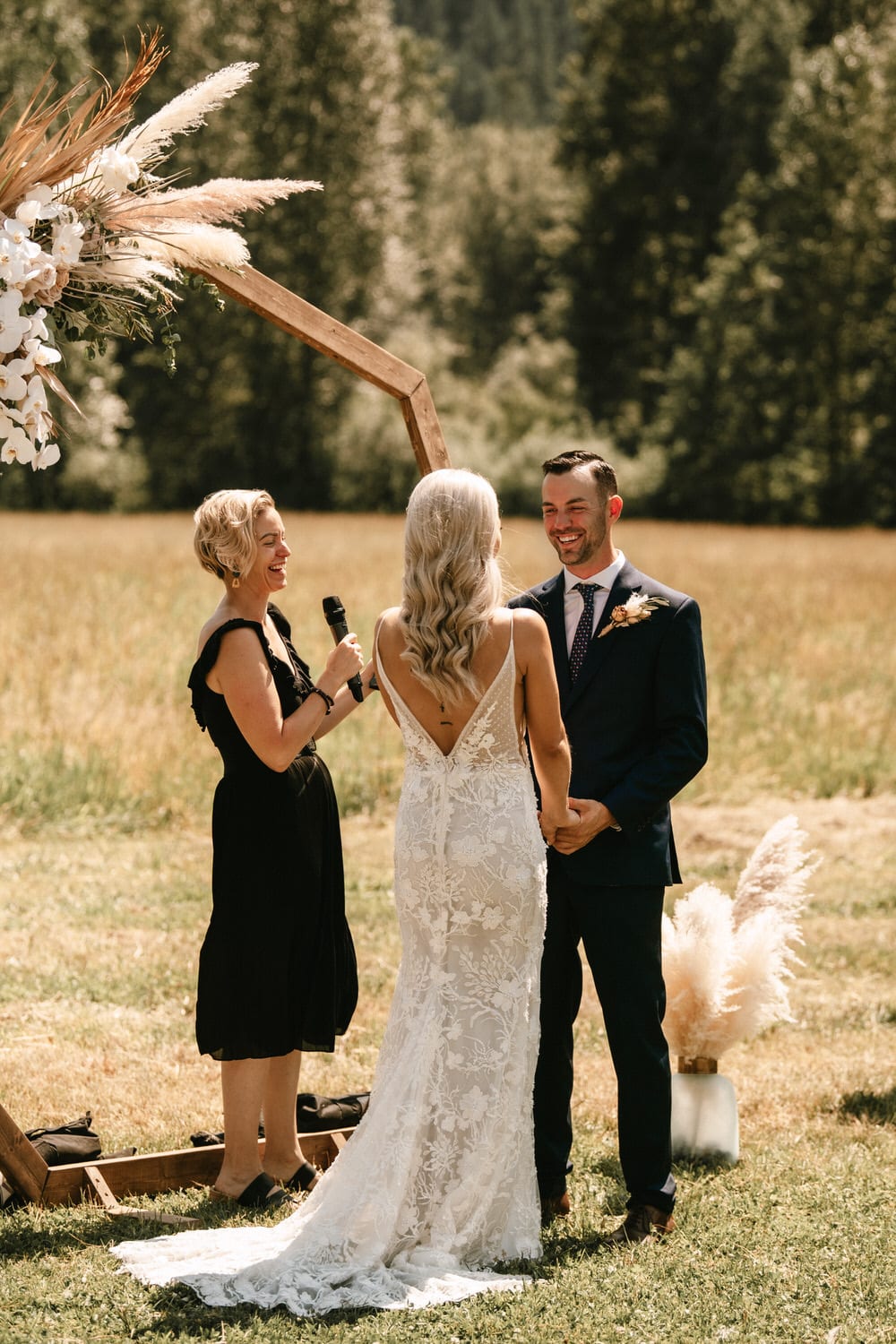 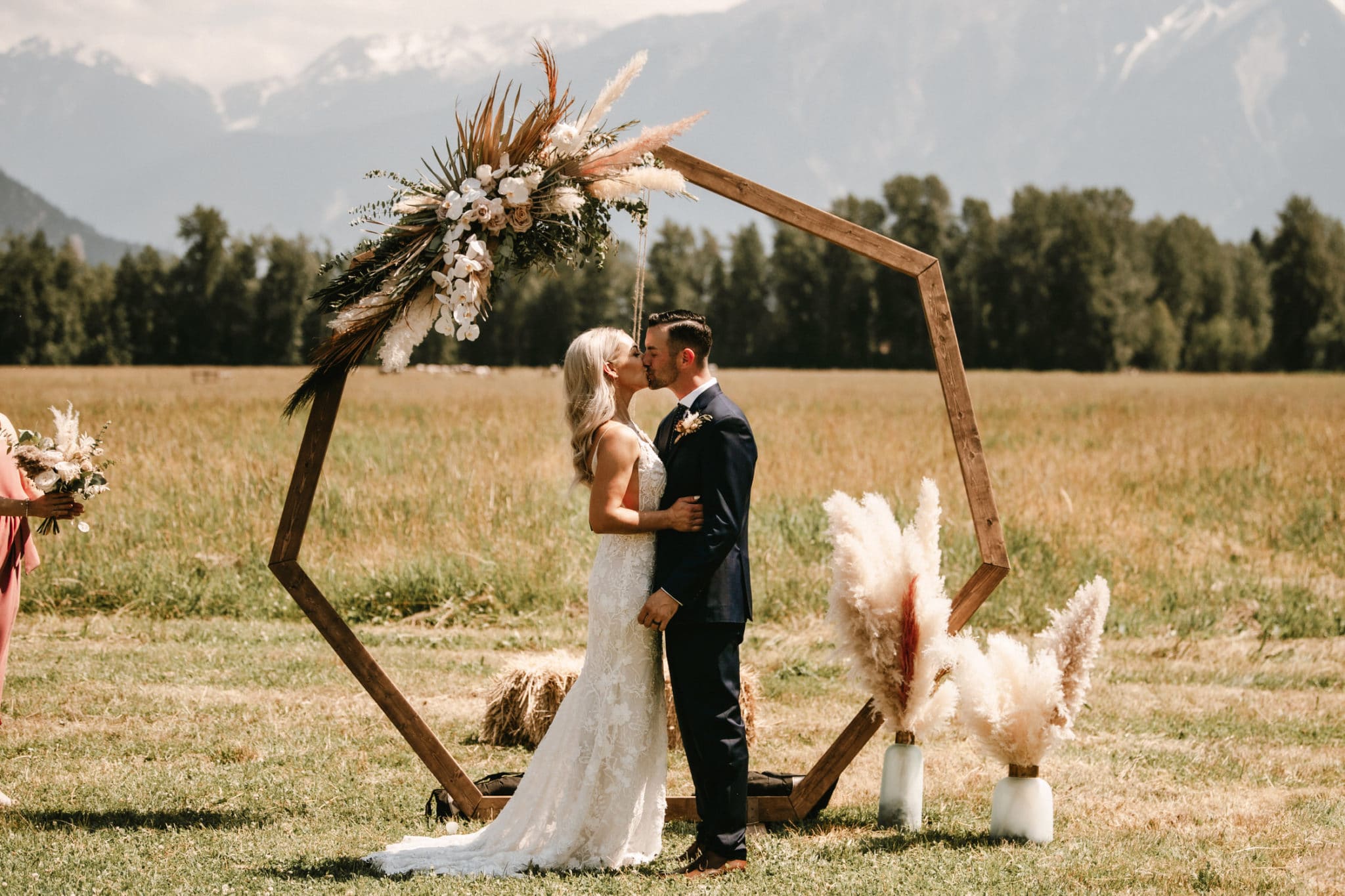 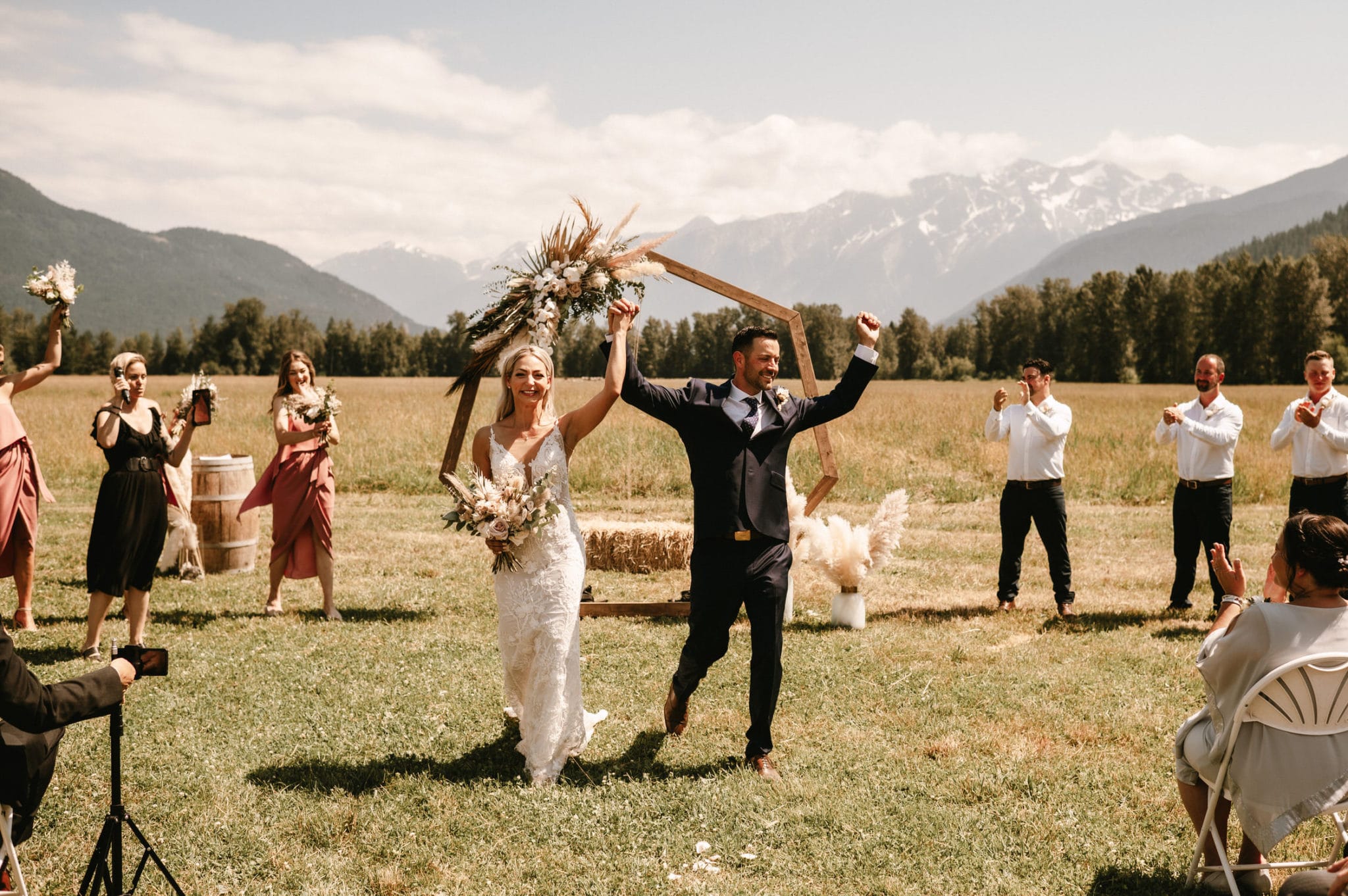 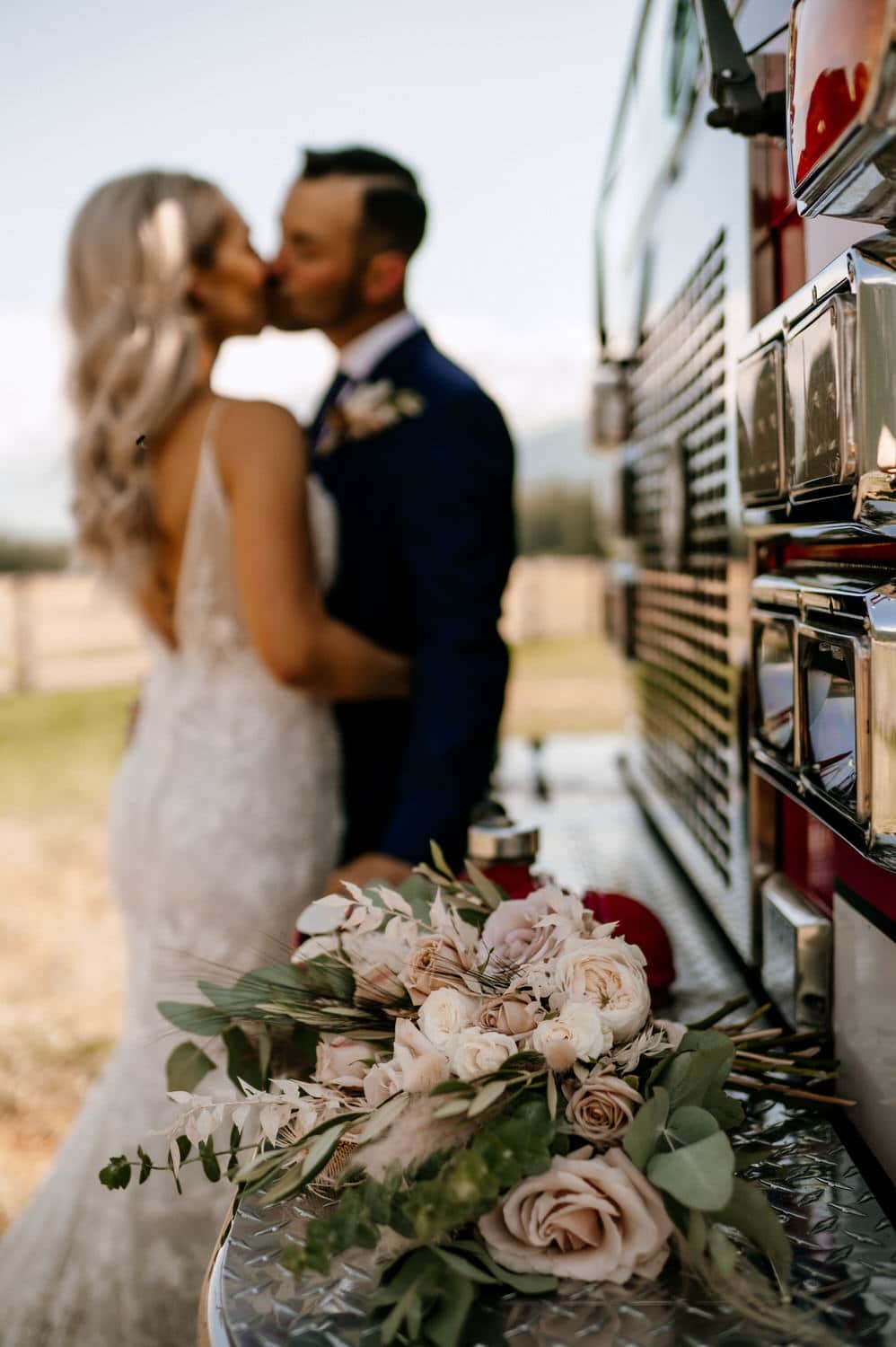 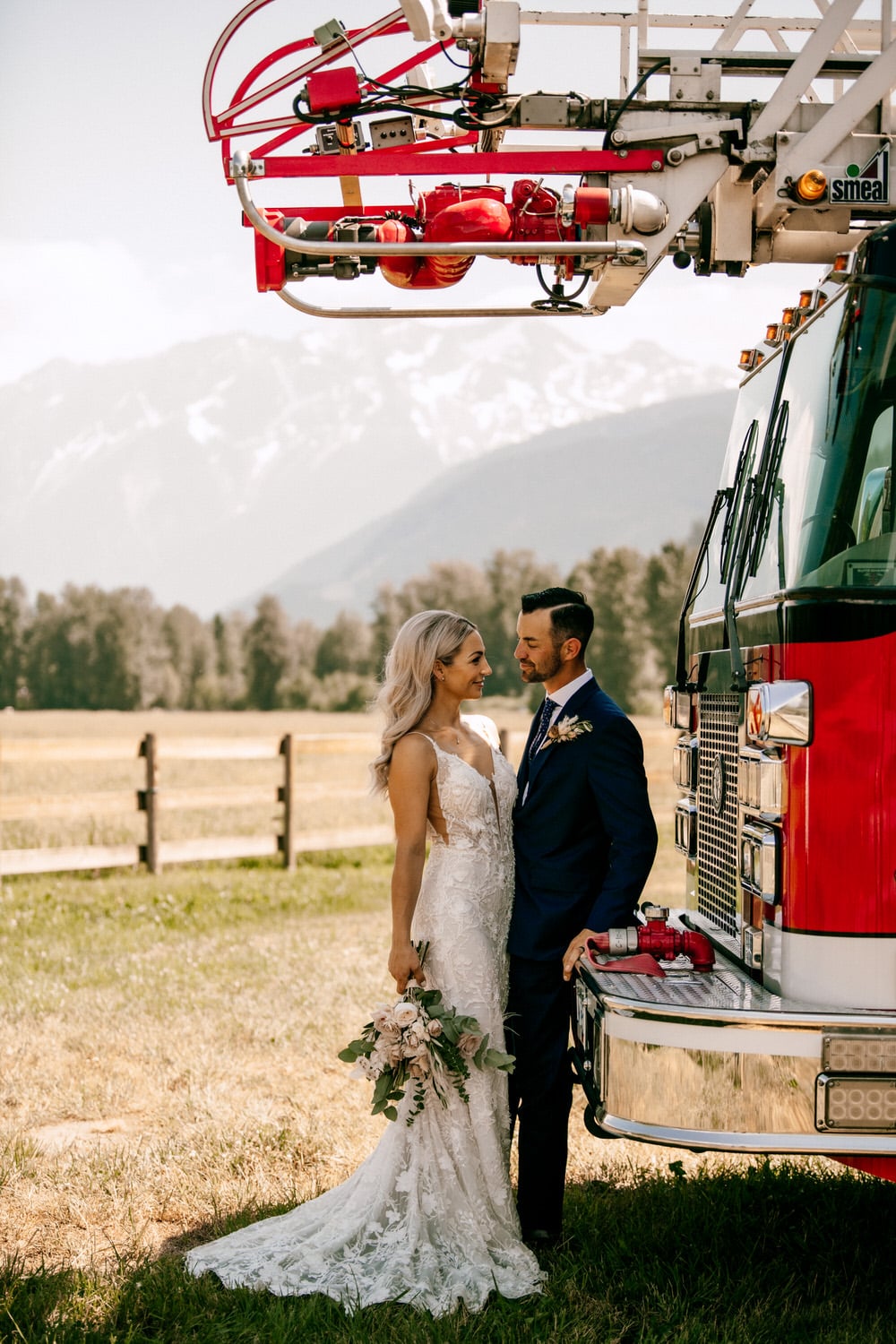 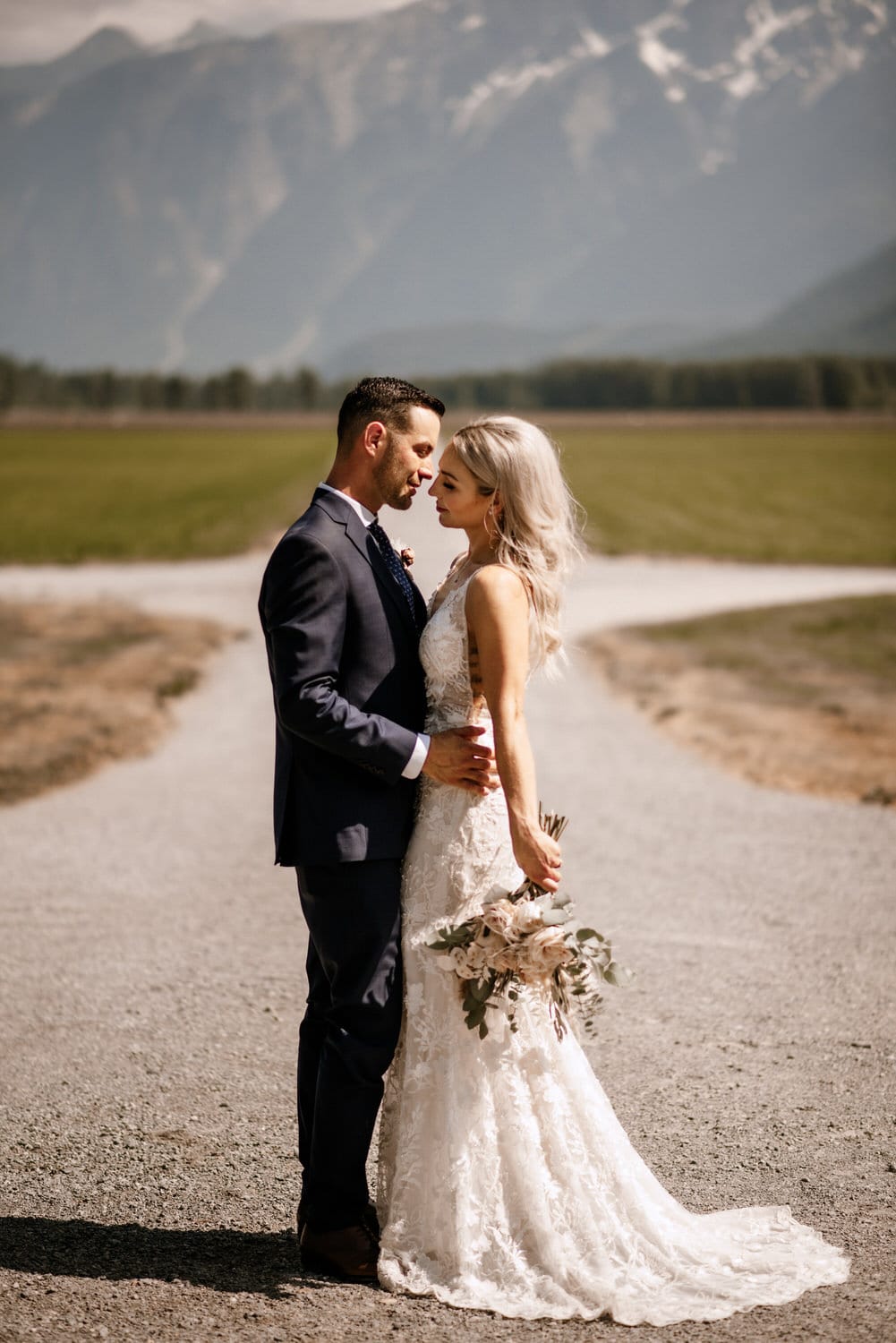 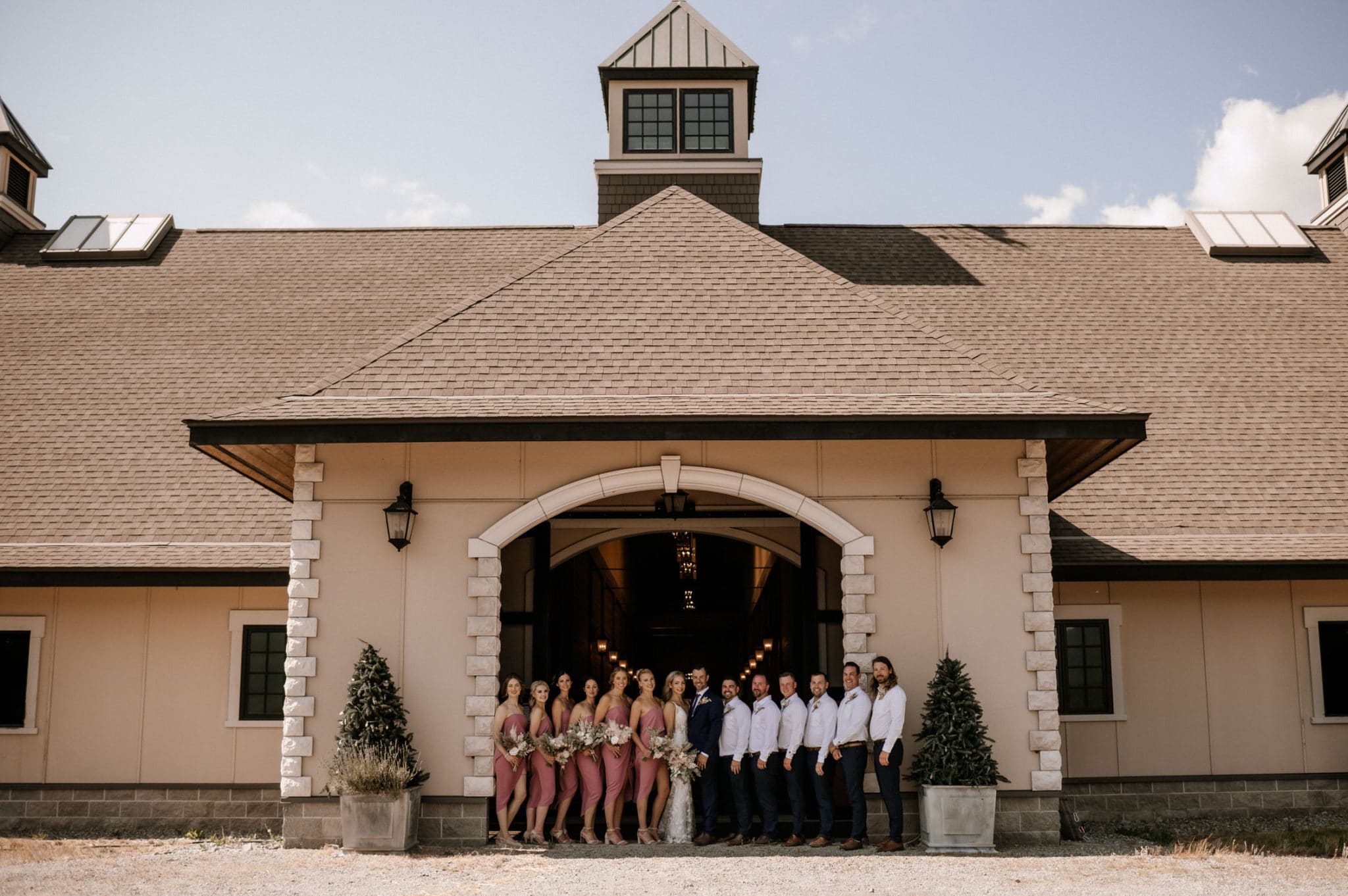 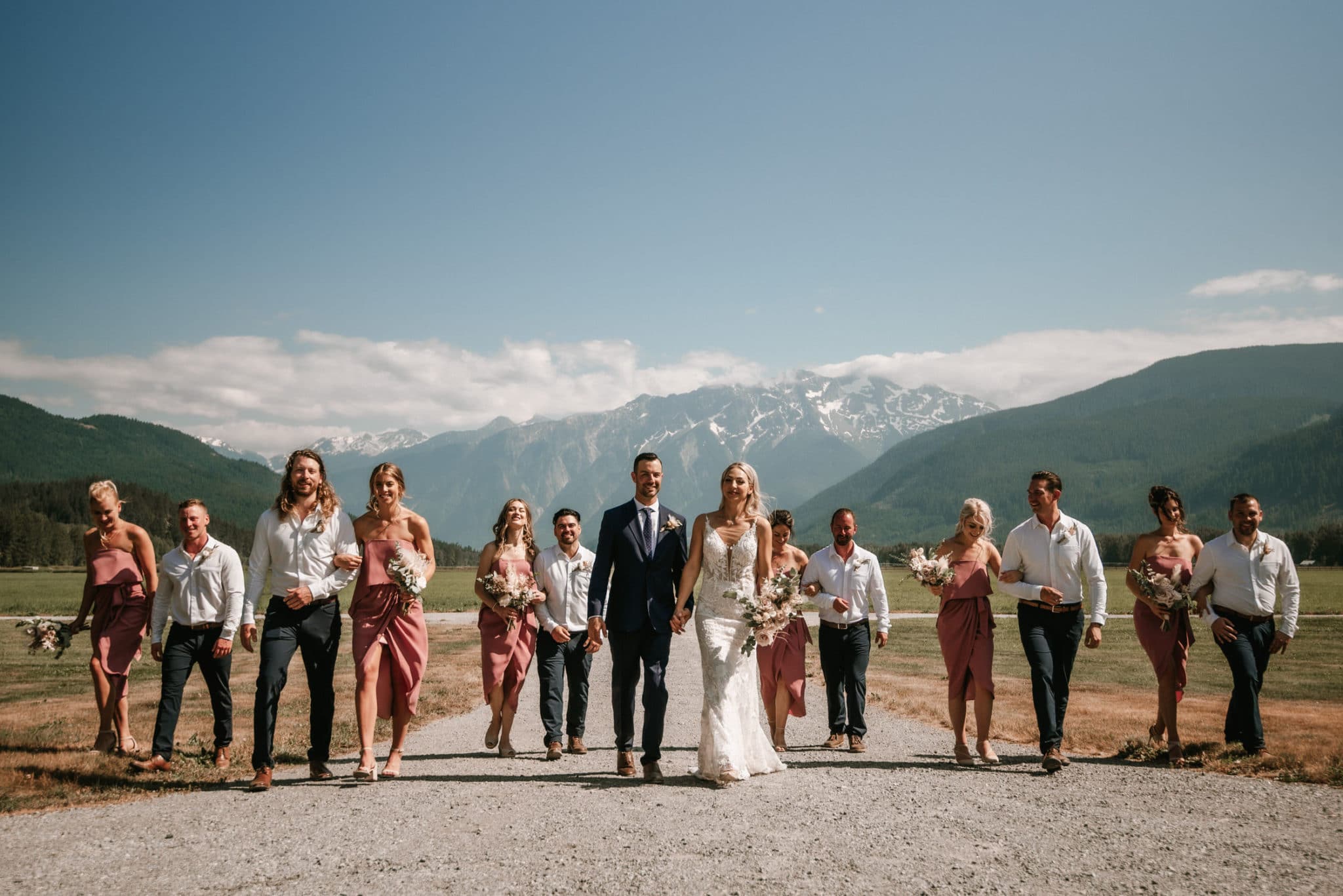 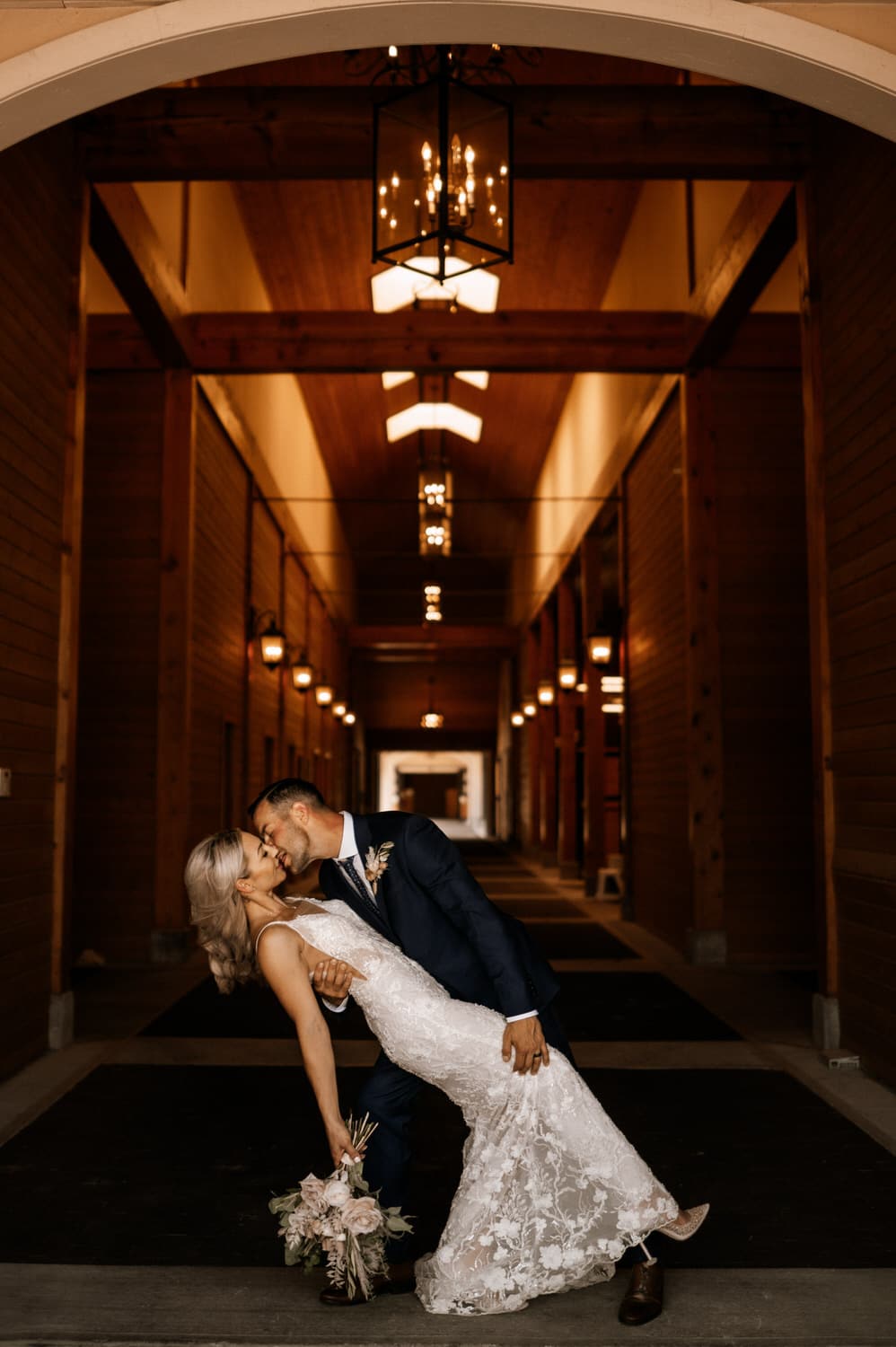 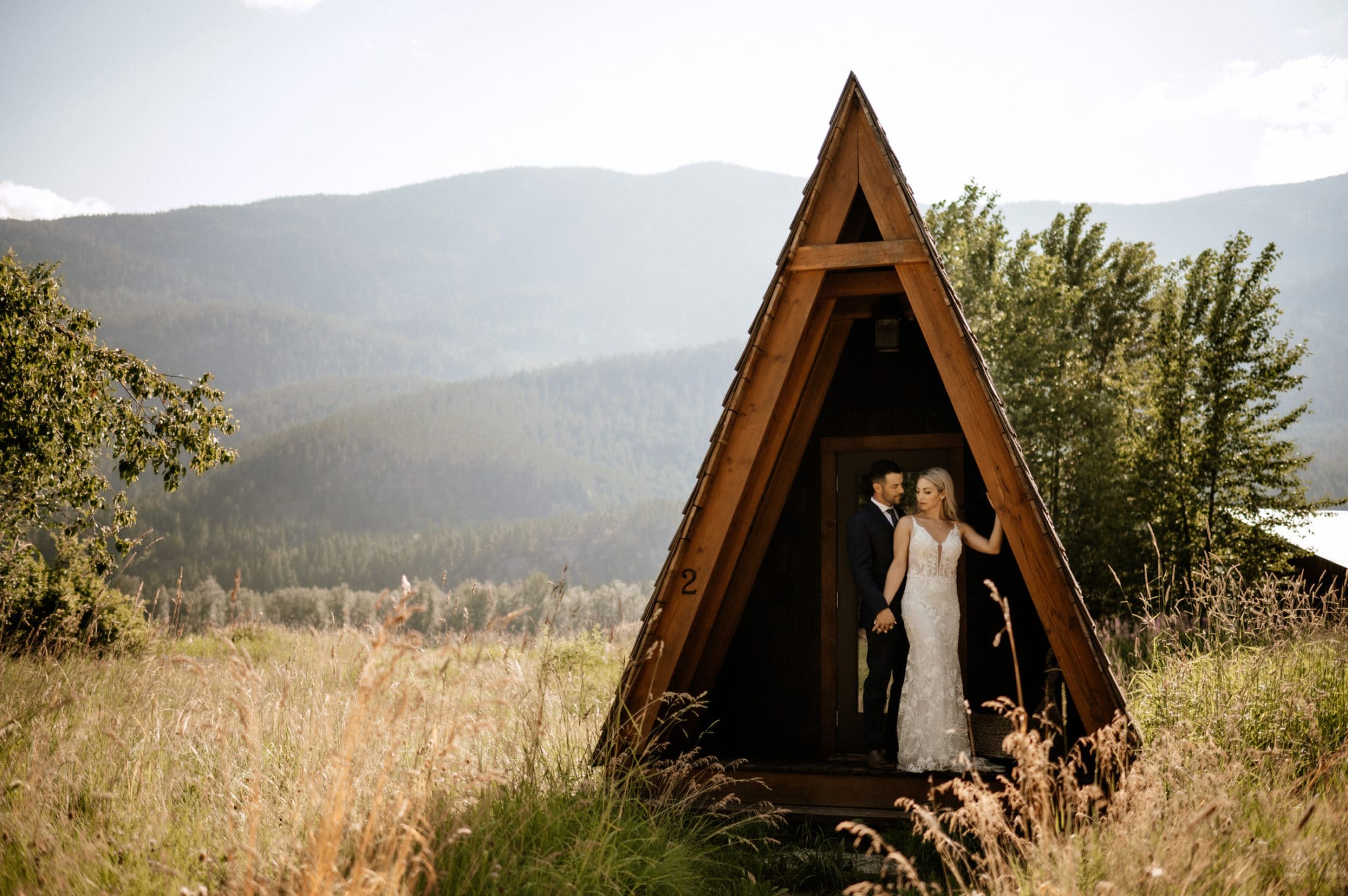 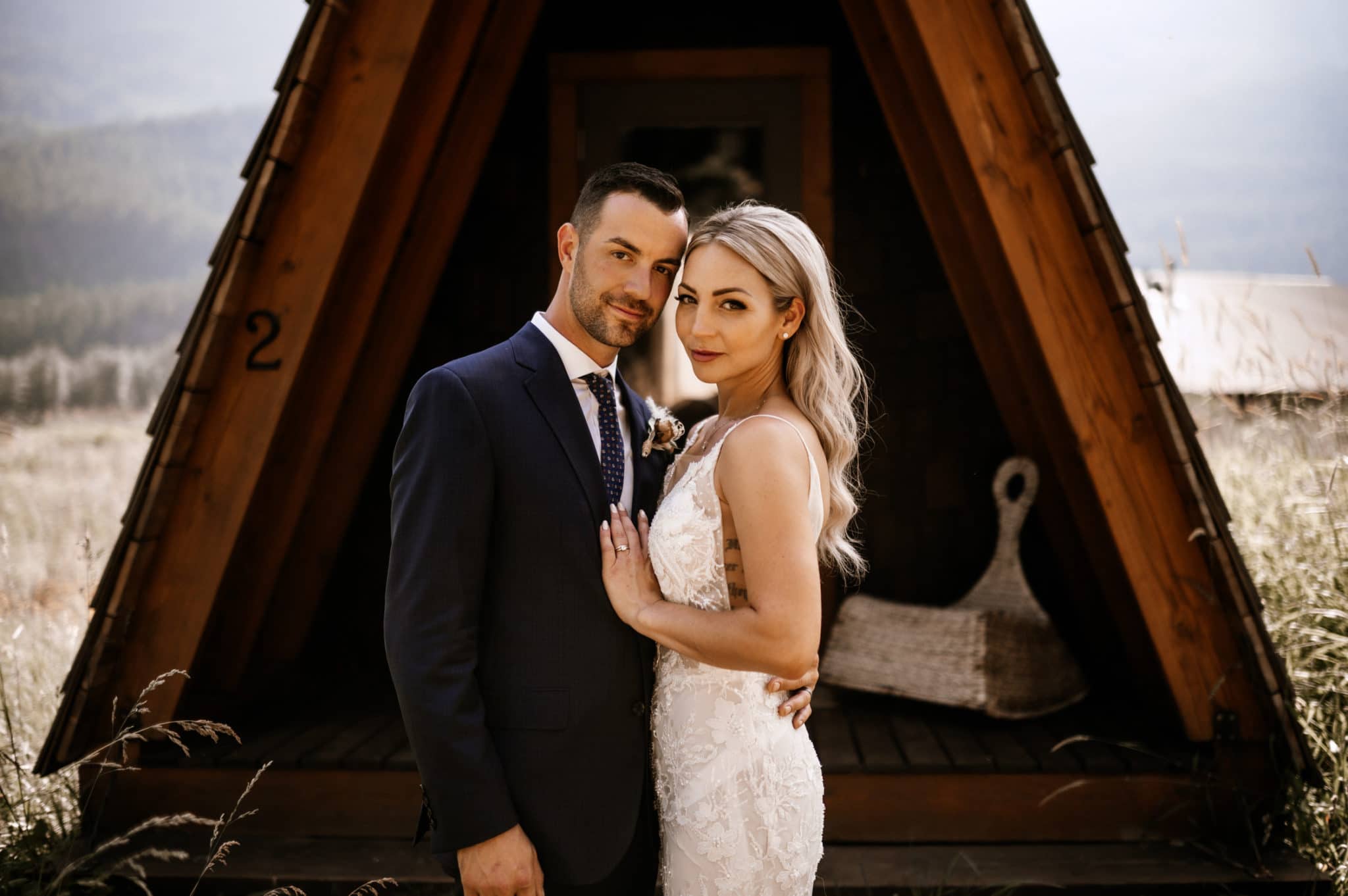 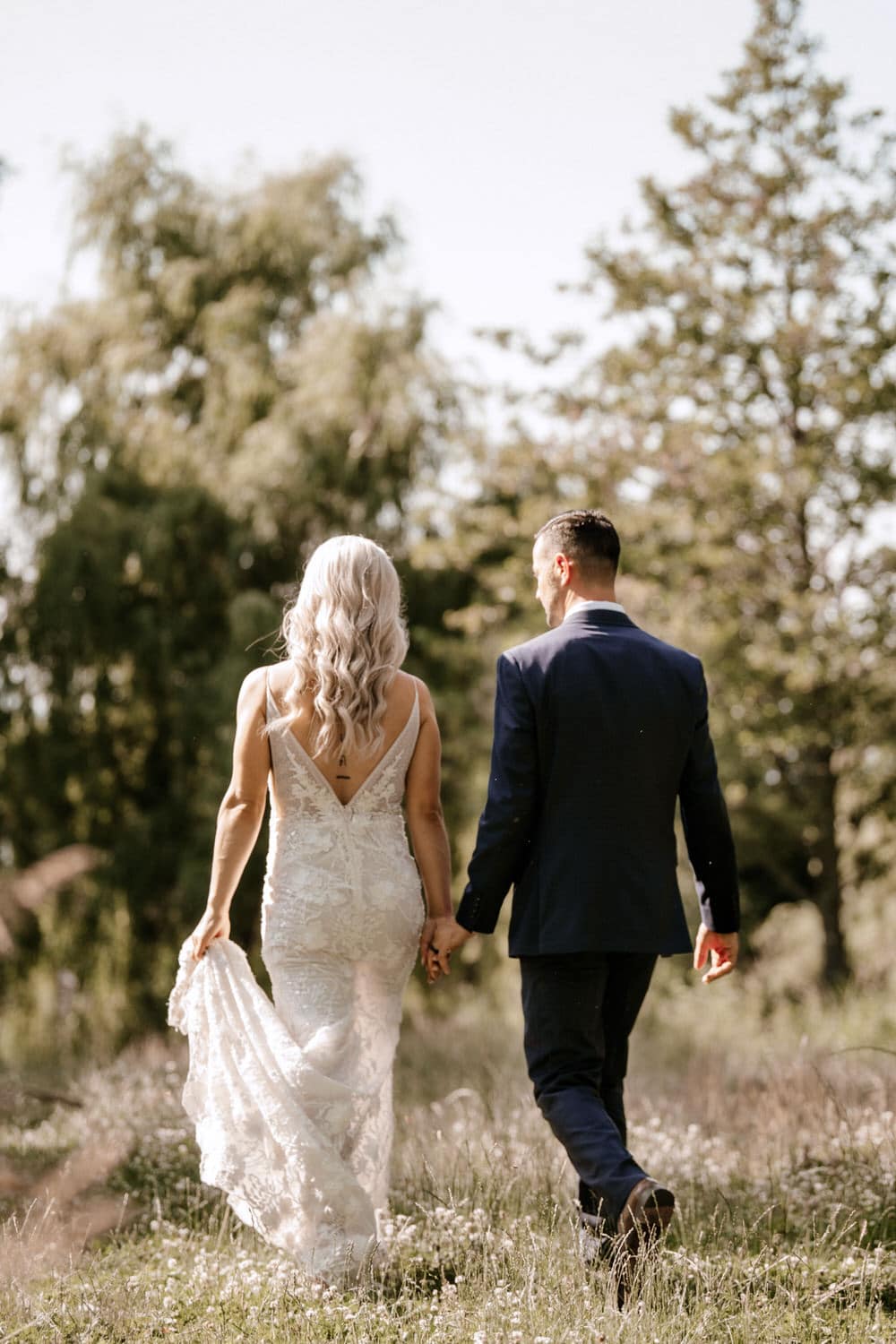 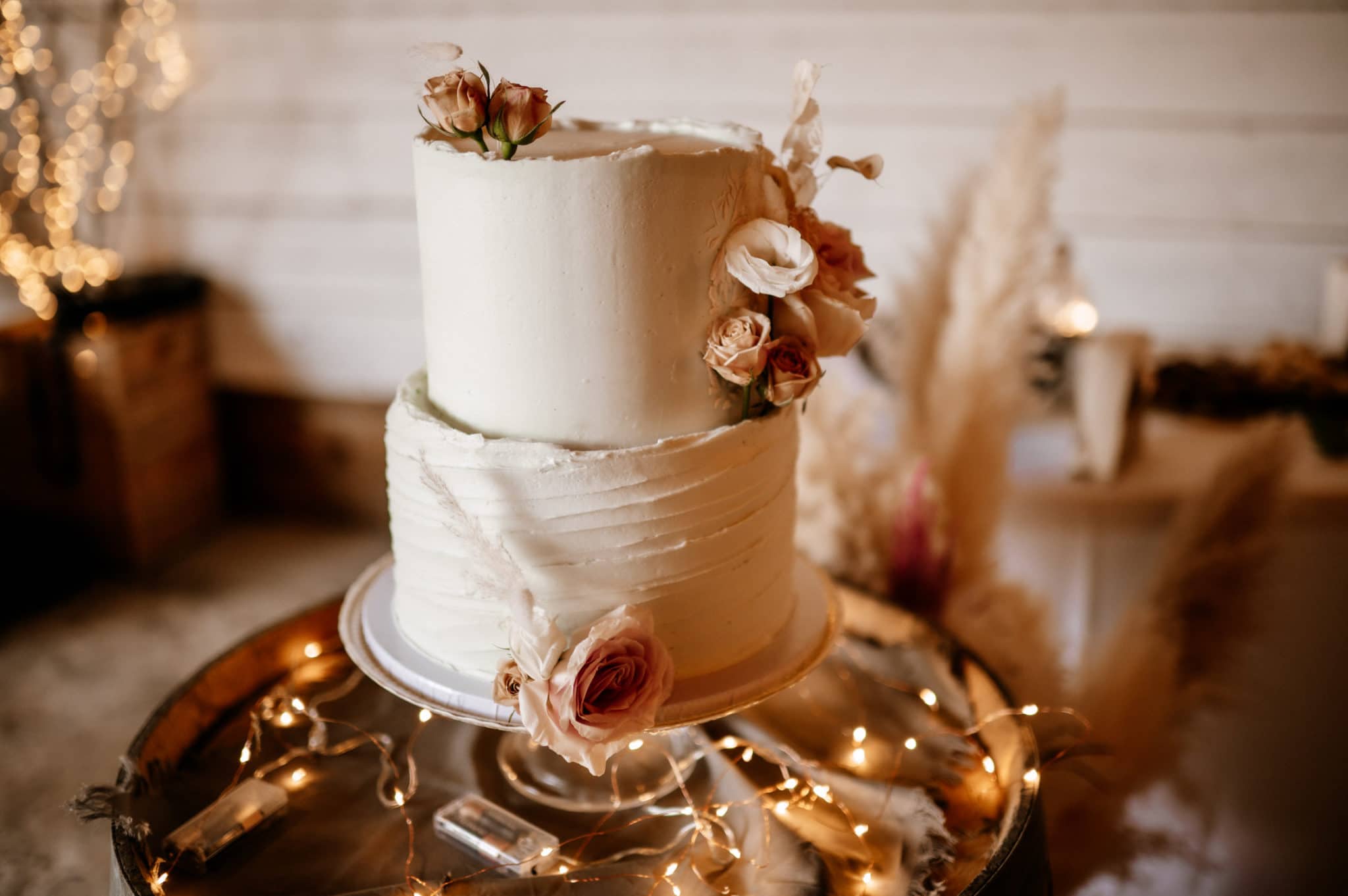 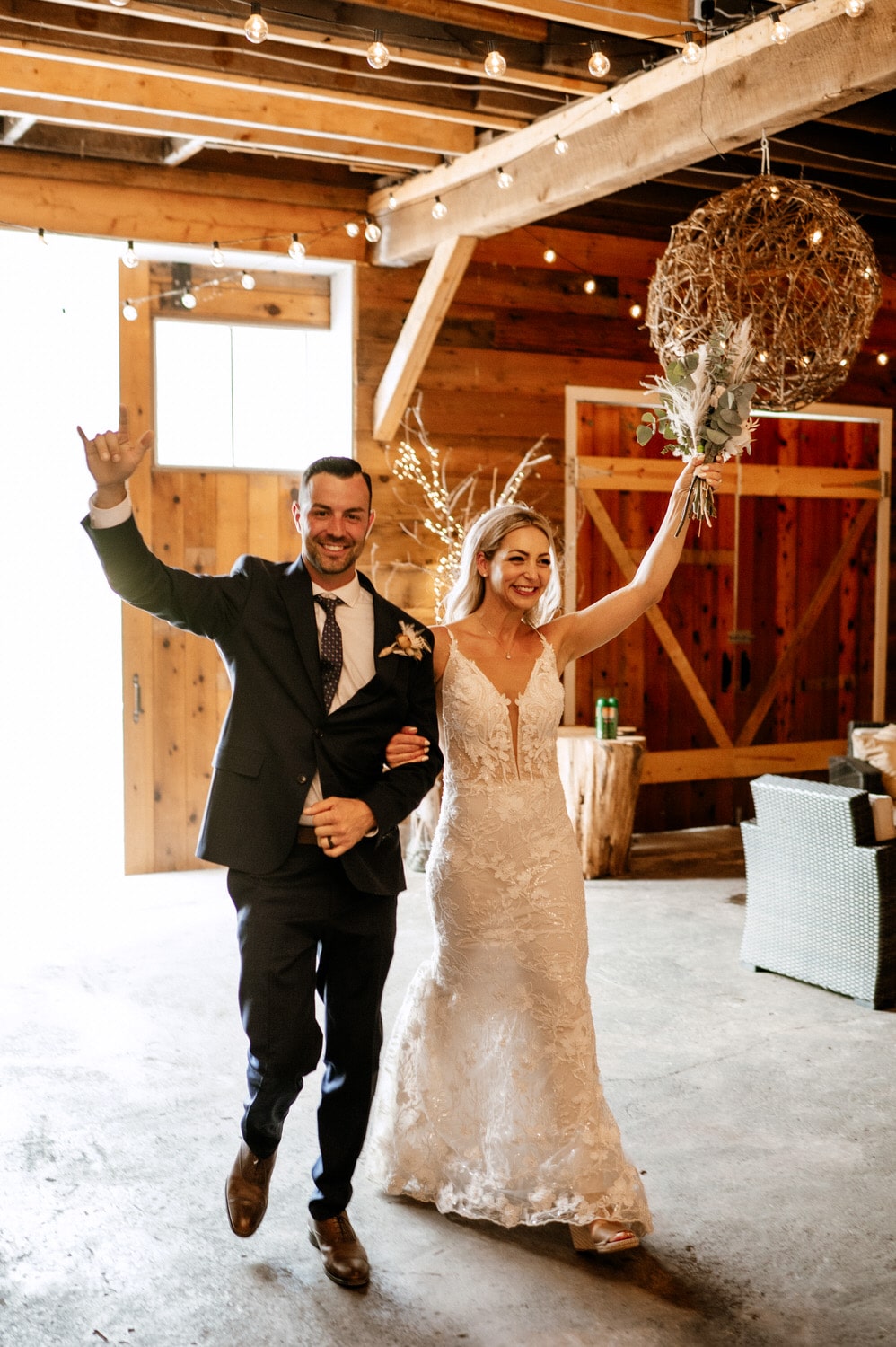 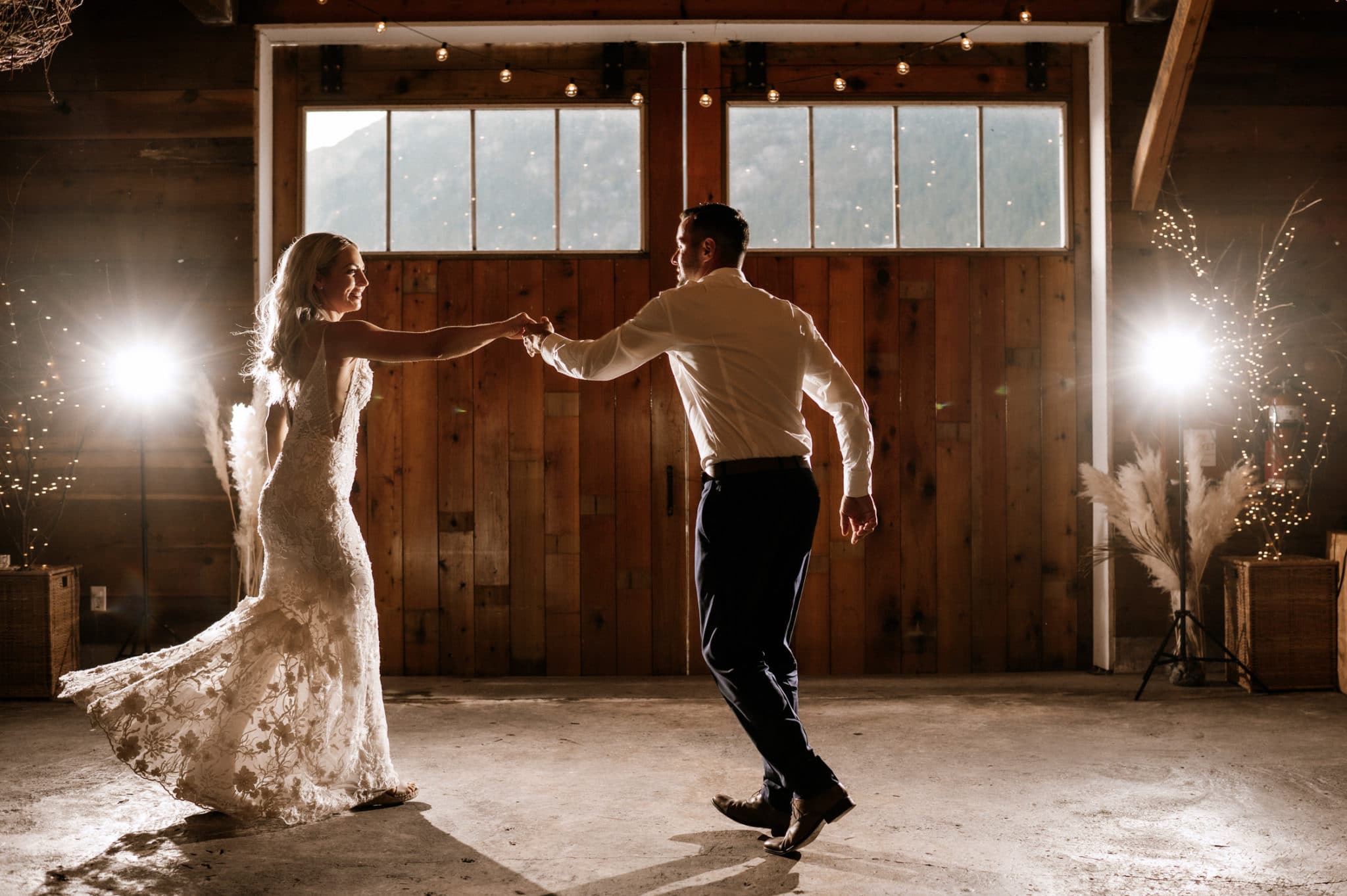 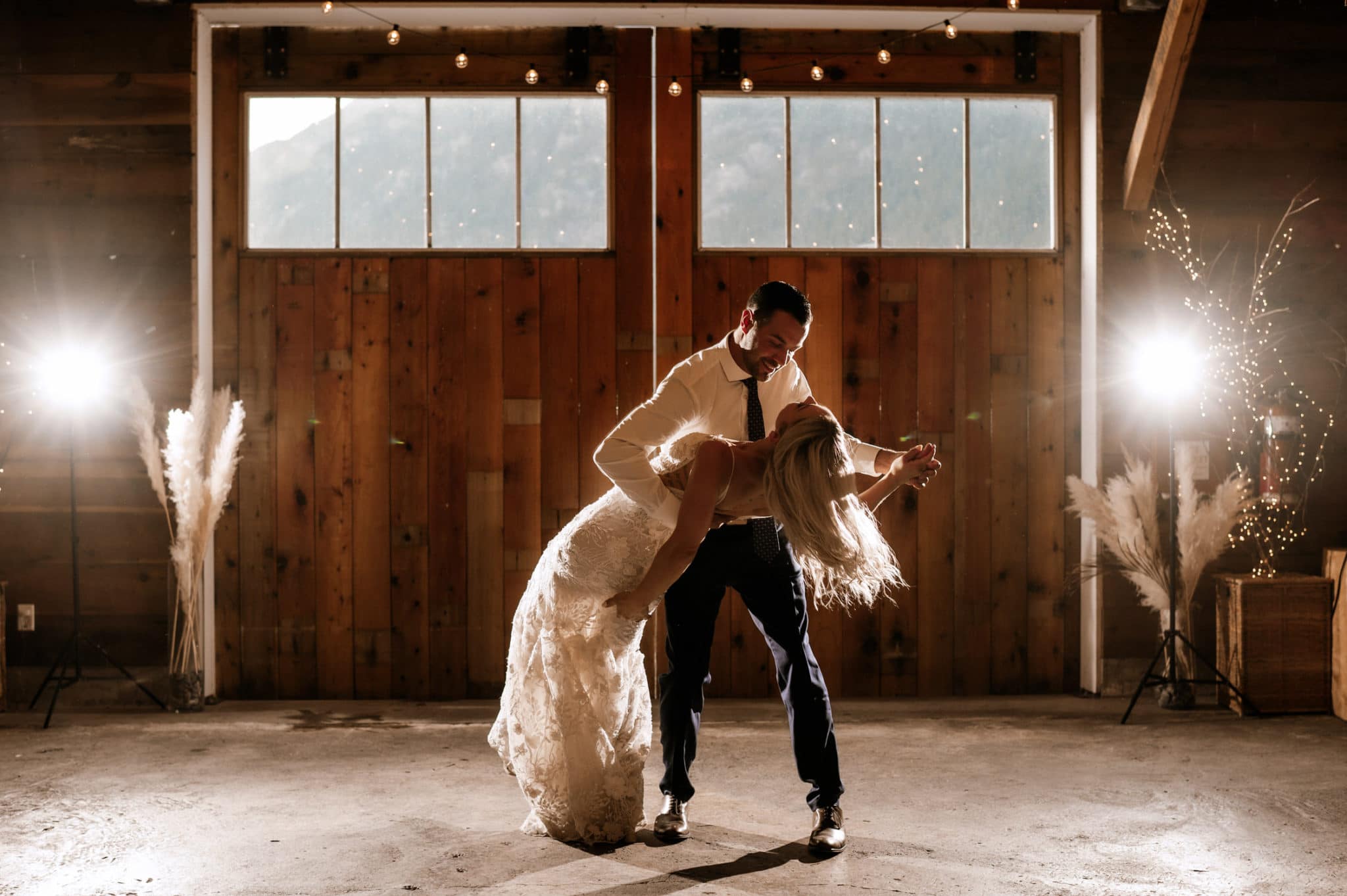 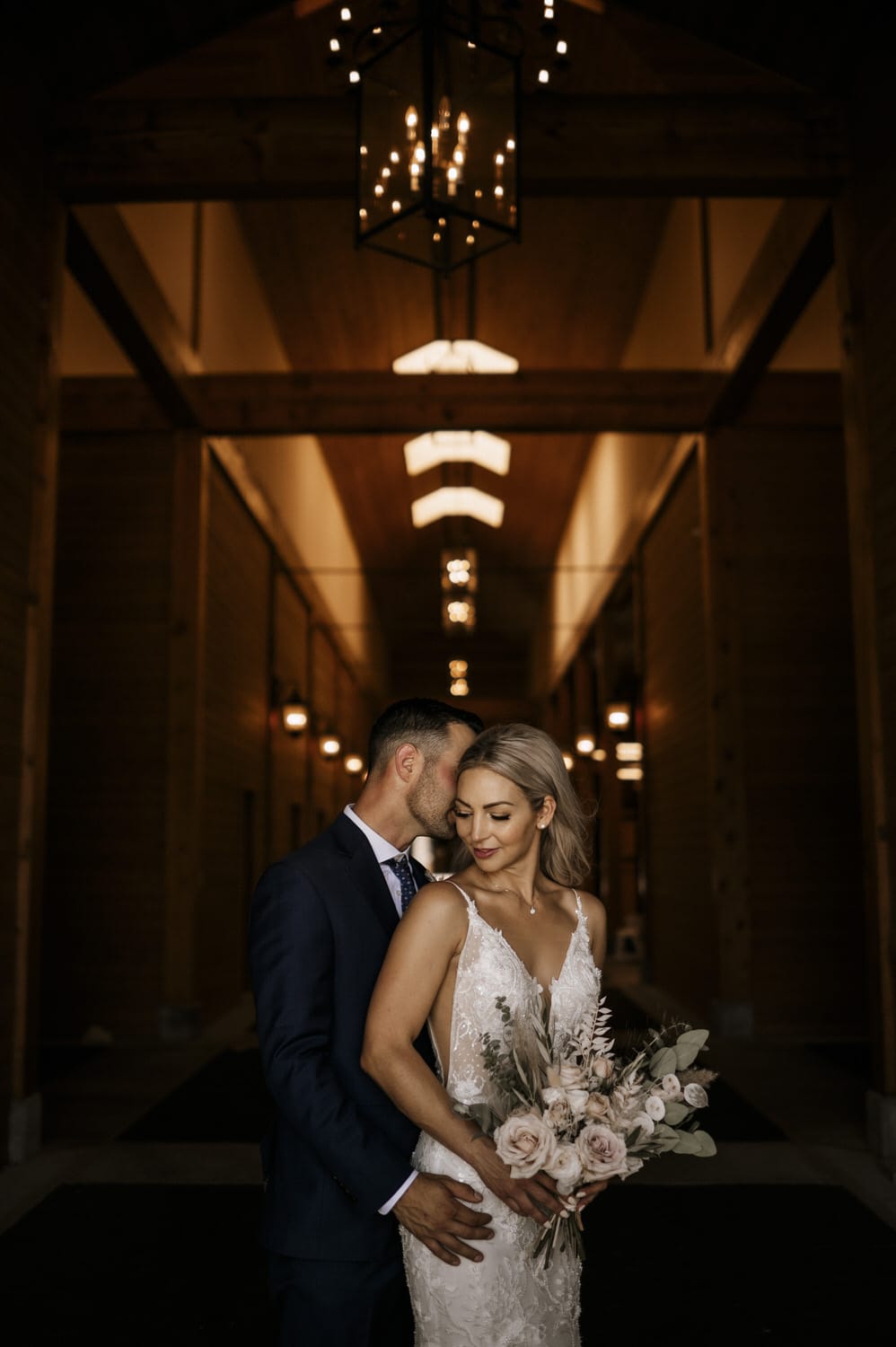